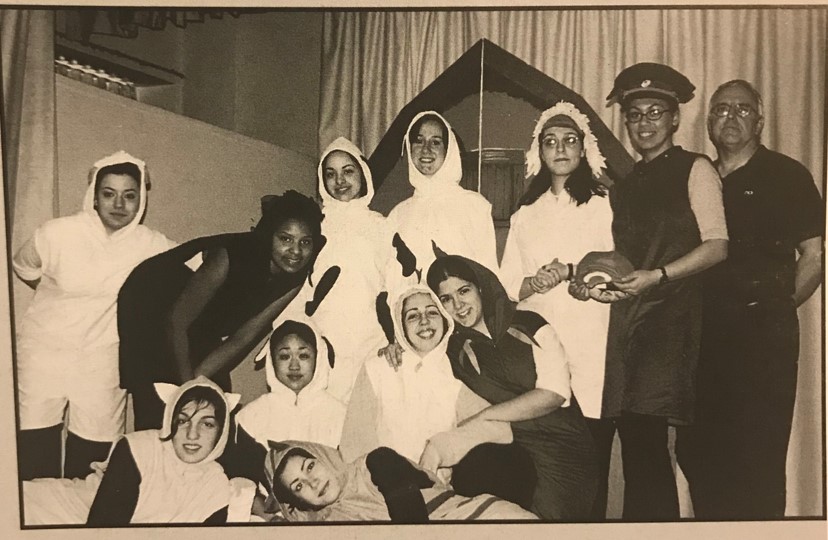 When I think of Loretto, I think of a long corridor of graduation photos. They were full of faces of bright young women in white gowns embarking on new lives. Each class had a story and so did each student. Today, as a member of Loretto College faculty, I still often find myself staring at these photos, including my own. I’m reminded of how that long corridor on Brunswick physically lead me to the stage in the auditorium, where my story came alive.

Mr. John Lynch was instrumental in my development as an artist and as a teacher. He guided us through personal struggles by having us address them onstage. Ms. Lynn York remains the most interesting person I have ever met. She made history come alive because she engaged us in her own experiences. Ms. Ani Strazar was influential to me as a student but even more so as a colleague. Since joining the faculty at LCS, Ani has supported my professional vision for reinvigorating the drama program. 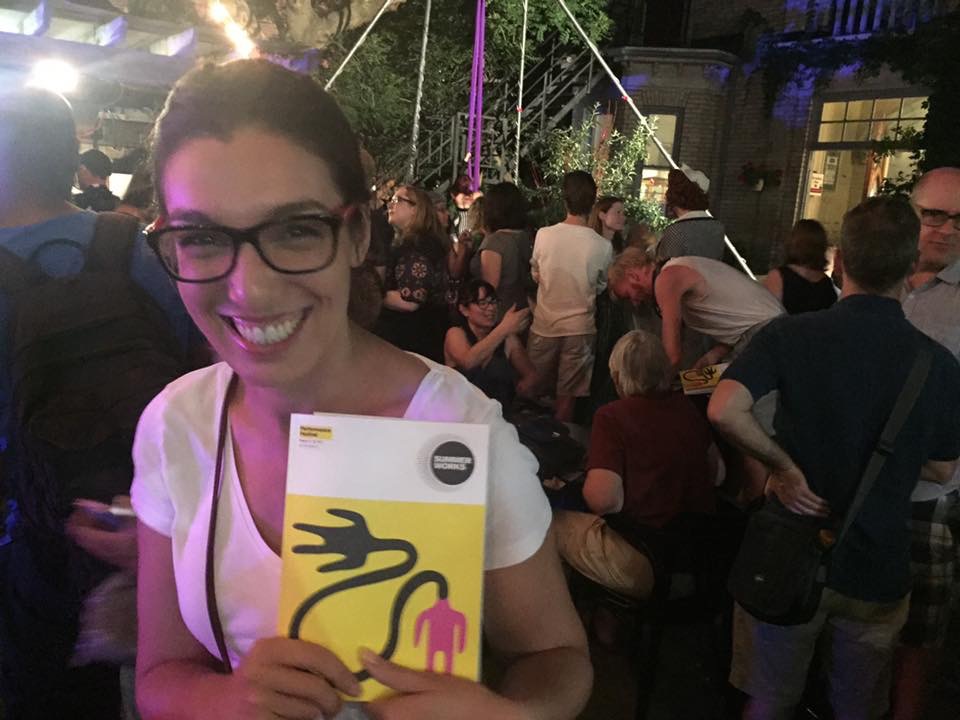 I grew up frequenting Kensington Market, K-Town and Little Portugal.  When my husband and I were deciding on the setting for our life, I knew that wherever I lived, I needed a community where I could invest weekly in small businesses.  We’re very fortunate to live in the community of Pape and Danforth where we know our grocers by name.

I completed an Honours Bachelor of Arts at the University of Toronto. Simultaneously, with friend and fellow Loretto alumna, Maureen Gualtieri, I produced original works with our small theatre company, Exit Pursued by Bear. Having volunteered at Loretto after graduation, I felt I had found my true calling: to help young people tell their own stories through theatre. Since September 2017, I am now passing on the gift that Mr. Lynch once gave me, teaching drama to the next generation at LCS.

In the drama studio, my students and I deconstruct everything from our healthcare system to fast fashion. Like Mr.Lynch, I believe teenagers have stories to tell and all I have to do is give them a stage. Each year, my students and I embark on a collective creation for NTS Drama Festival (Sears Drama Festival). In 2017, my students and I were asked to remount our piece “O Nosso Fado” professionally at the SummerWorks Festival. Last year “Play Rights” was selected to advance to the provincial showcase. This year, “A Dark Horse in Low Light”, a powerful show about systemic racism in photographic technologies, will perform at the upcoming regional showcase at Hart House Theatre in April. My students are not only thinking deeply themselves, but they are demanding that their audiences think deeply as well.

Be featured in an upcoming Alumna Spotlight