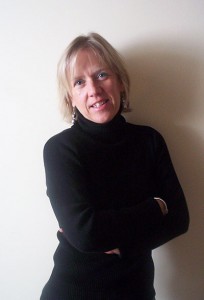 All my memories of Loretto College School are fond ones. I began in the days when we still wore the old black uniform with black stockings, stiff collar & cuffs, powder blue jacket. Then came those heady days of the green uniform with the skirt you could roll up into a mini until you reached the school! I still champion all-girls schools as I believe they encourage academic & intellectual achievement and fuller participation in all extra-curricular activities such as sports, theatre & clubs. In those less enlightened days of the 1960s, when feminism was only beginning to rise against the patriarchy, our teachers, including all the bright young nuns, encouraged us to aspire and achieve. “Make your mark in the world, girls.” Most of all I remember all my pals, every one of them by name, amazing, supportive, hilarious, fun friends. Some I am in touch with, but others have been lost and I occasionally google them to see if I can find them. They are not forgotten.

I remember all my Loretto teachers fondly but Mrs. Culligan (history) stands out as a feminist intellectual who inspired research and analysis of our subject matter and Mrs. Metcalfe, exuberant drama teacher, who did amazing things with Shakespeare and cast me as Helen Keller in the school pay one year. Sr Elaine (Latin), years later, when I decided to do a Masters in Medieval History supplied me with old Latin texts to revive that ancient love. Ama et fac quod vis!

What have you been up to?

I am in contact with old classmates, thanks to whatsapp and the internet. I’m divorced (twice), very proud of my daughter who just turned thirty- marine scientist, celebrity chef and lifestyle cookbook author, eco-warrior and sustainability advocate who’s writing her first science fiction/ climate change novel. No plans to retire, having recently completed my first non-fiction work (About dying, death and grief) and a film script (commissioned by a Hollywood producer). Present project includes a second non-fiction book on the Camino Santiago, a graphic novel and novel based on the aforementioned film script, and when these are completed, a theatrical production involving creative technology including VR and laser projection. I’m not long back from a two-month trip around India, my fourth, and have plans to travel to Japan and the Yukon, Canada next year if the pandemic allows.

As a socialist, I am passionate about politics and the inequalities, cruelty and planetary destruction of global capitalism (including Chinese and Russian totalitarian capitalism). I’m also a dedicated spiritual explorer: among other things I have walked the Camino Santiago pilgrimage across Spain from the south of France, prayed in Hindu temples around India, fasted for Ramadan and read the Quran, practiced Tibetan Buddhism with Pachen Otrul Rinpoche, a high Tibetan lama, who whom I travelled in India and Outer Mongolia (the latter, acting as his personal attendant), still Theosophy as a member of the Phoenix Lodge, Dublin, participating in the 114th International Conference in Varanasi, Indian (2020) and resident at Theosophical Society Headquarters, Adyar, Chennai, India (2020). My interest in comparative religion may well have started with Sister Marie Louise!

I am passionate about politics and the inequalities, cruelty and planetary destruction of global capitalism (including Chinese and Russia totalitarian capitalism).

Be featured in an upcoming Alumna Spotlight