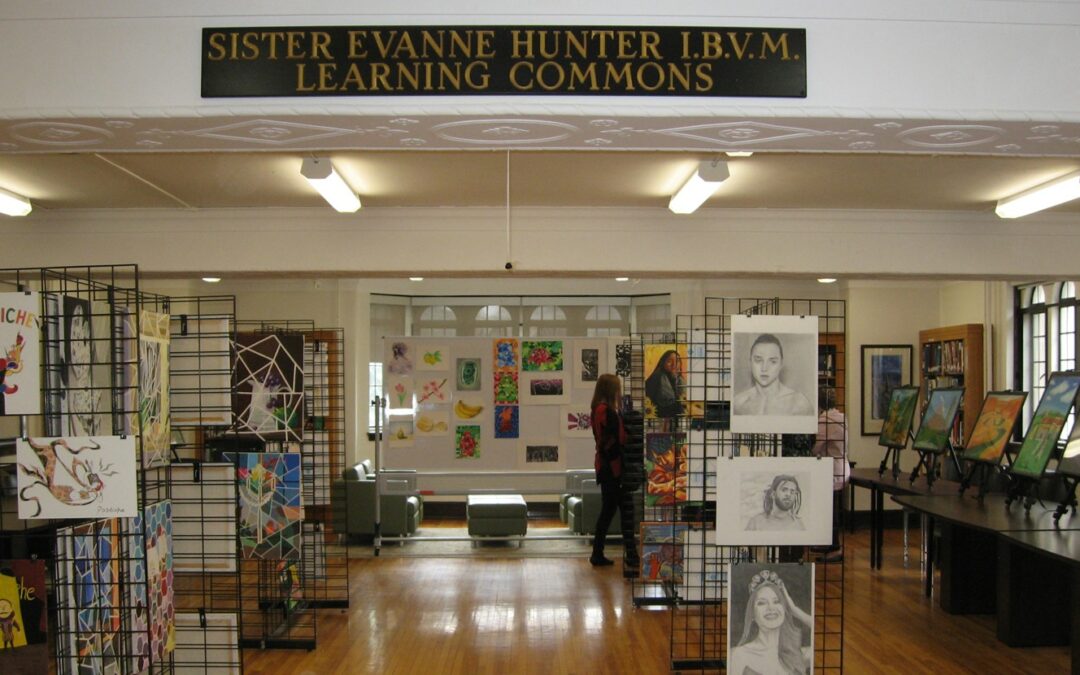 On Sunday afternoon, May 5, 2019, over two thirds of those who had been classmates 50 years ago gathered at downtown Toronto’s C’est What to mingle and share food, drinks, and toasts to those who couldn’t be with us – also hugs, updates, and memories. Full marks to Anna Marie (Madott) Kalcevich who got the ball rolling, arranged the venue, and much else.

The excitement had been building for months as those who had seen each other from time to time over the decades discovered new contact information to reach others. Judith Konings compiled an expanding contact list and the emails flew back and forth, with plans for the weekend but also short bios and photographs to re-introduce ourselves, organized by Suzanne (Moyer) Weymouth.

As people arrived from out-of-town, some enjoyed an after-school Friday tour of the Abbey with the school’s gracious and enthusiastic principal, Anita Bartolini. Irene Vaisnoras took the opportunity to donate her well-preserved sample of our collective graduation dress to the Abbey’s archives. The next day about a dozen met for casual tapas and conversation on Bloor Street, which only served to build excitement for the big day!

In the end 38 of us gathered together. Those who still reside in the GTA were joined by classmates from eastern Ontario, western Ontario, Alberta, British Columbia, Florida and Texas. The talk never stopped and we finally took our leave of each other, clutching goody bags that included a dedicated poem by Diane Smith and copies of letters from both Prime Minister Trudeaus – one that had appeared as a dedication in our 1969 yearbook from the late Pierre, and the other from his son, Justin, to commemorate this 50th reunion! Friendships rekindled, we know this won’t be the last one!