Making a Difference at the UN

“Women should and can provide something more than ordinary in the face of the common need” – Mary Ward, Founder IBVM

International Women’s Day is a day for us to reflect and appreciate all that women have accomplished. As Loretto Alumnae, this annual holiday reminds us of the outstanding Loretto Sisters we’ve all had the privilege of knowing. What many community members often forget is that the Loretto Sisters have been the heroines of women’s and children’s rights not just in their home communities, but around the world, and in association with the United Nations.

The Loretto Community, or Institute of the Blessed Virgin Mary (“IBVM”), is a non-government organization (NGO) that is recognized to have consulate status at the United Nations. The Loretto Community Organization website lists the following as the main goals of the IBVM’s NGO; social justice, the rights of women and girls, development, eradicating poverty, the rights of migrants and indigenous peoples, climate change, peace and security, and financial development, just to name a few. This small, but powerful, group of women work with other NGOs at the United Nations in order to spark  and encourage change.

Every year, the Loretto sisters provide the opportunity for students of Loretto High Schools to participate in the annual U.N. Commission on the Status of Women (CSW). In 2014, Serena Viola, Social Media Manager for LAT had the honour of visiting the Loretto Sisters at the U.N. with a few of her peers.  The students were supervised by the former principal of Loretto Abbey, and the former head of the Loretto U.N. commission, Sister Evan Hunter. We met sisters from all over the world, working for a common cause; to end human trafficking. 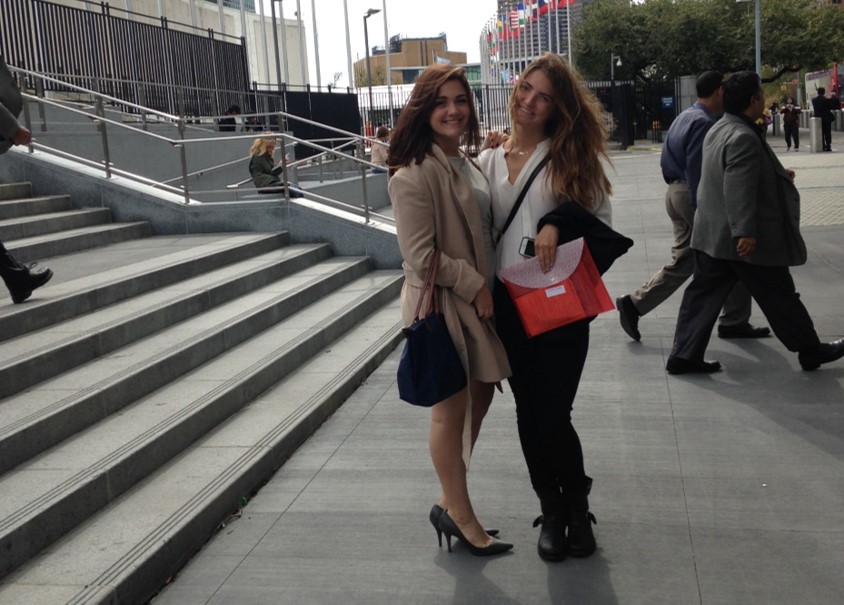 “Having the opportunity to experience the power of Loretto Women on an international stage gave me a sense of school spirit I never thought was possible. In class, we would learn about the history of the Loretto sisters, but seeing the future of Loretto reminded me that anything is possible when women hold each other up.”, Serena shares

Since the inception of the Loretto Sisters, they have been constantly working for a greater good, for something bigger than themselves. So, take today to thank the special women in your life. Whether it be your mom, sister, friend, perhaps even someone you haven’t seen in awhile. Because, women work stronger together.

“The IBVM promotes the dignity and liberation of all people, particularly women and children.  We challenge unjust systems and structures in solidarity with those on the edges of society while we show reverent care for the earth and all creation.”

NGO Status at the United Nations. (n.d.). Retrieved from https://www.lorettocommunity.org/mission-work/global-loretto/ngo-status-at-the-united-nations