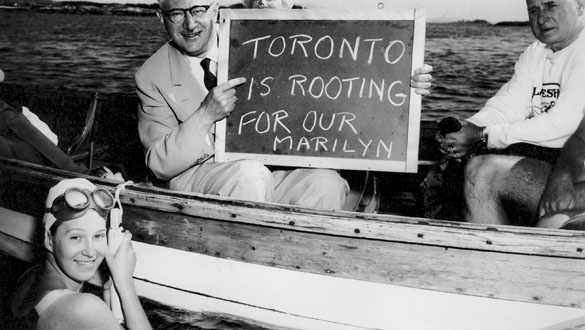 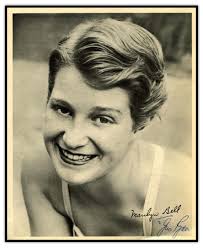 “It was hard on me,” she said. “For several weeks after the swim, I couldn’t go back to school. I was devastated.”
Touring to talk about her accomplishment — and avoiding the glare of the press — meant that life would never be the same.

Marilyn met her husband, Joe Di Lascio, a lifeguard at the time, while training for a 26-mile race in Atlantic City, NJ. They raised four children, Lisa, Michael, Jodi, and Janet. 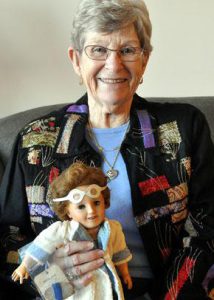 On September 8, 1954 Loretto College student Marilyn Bell ventured to be the first person to swim across Lake Ontario. Nearly 21 hours later, she was.

In 1955, she became the youngest person to swim the English Channel and in 1956, she swam the Strait of Juan de Fuca off the Pacific coast. She retired that year from swimming. In 1954, Bell was named the Canadian Newsmaker of the Year by The Canadian Press, awarded the Lou Marsh Trophy as Canada’s athlete of the year and awarded the Bobbie Rosenfeld Award as Canadian female athlete of the year. Bell was inducted into Canada’s Sports Hall of Fame in 1958. In 1993 she entered the Canadian Swimming Hall of Fame and was named one of Canada’s top athletes of the century. She was inducted into the Ontario Sports Hall of Fame in 1997. In 2002, Bell (now Marilyn Bell Di Lascio) was presented with the Order of Ontario.